A Review of Your Miranda Rights in Indiana

In almost every cop movie you’ve ever seen, you have heard a police officer say, “Read him his rights”, as the suspect is being arrested. Well, this common on-screen portrayal is quite accurate of what happens when someone is arrested in real life, as it depicts the reading of our Miranda Rights. Not really sure what these rights are for? Continue reading for an important review of Indiana Miranda Rights.

The Purpose of Miranda Rights

Miranda Rights are basically an explanation of your right to remain silent before being questioned during or after an arrest. Because the exact phrasing of the official “Miranda Rights” isn’t described in the Supreme Court’s history of adjudication, local law enforcement stations have created their own version and style of the Miranda Rights, which cover the basic statements that need to be read to the person being charged.

❶ You Have The Right To Remain Silent.

Everyone knows this one, right? The courts position is this:

“At the outset, if a person in custody is to be subjected to interrogation, he must first be informed in clear and unequivocal terms that he has the right to remain silent.”

❷ Anything You Say Or Do Can Be Held Against You In A Court Of Law.

And the Court’s position is this:

“The warning of the right to remain silent must be accompanied by the explanation that anything said can and will be used against the individual in court.”

❸ You Have The Right To Have An Attorney Present Now And For Any Future Questioning.

And the Court says:

❹ If You Cannot Afford an Attorney, One Will Be Appointed To You Free Of Charge.

What does the Court have to say? They Say This:

“In order fully to apprise a person interrogated of the extent of his rights under this system then, it is necessary to warn him not only that he has the right to consult with an attorney, but also that if he is indigent a lawyer will be appointed to represent him. Without this additional warning, the admonition of the right to consult with counsel would often be understood as meaning only that he can consult with a lawyer if he has one or has the funds to obtain one.”

Can Cops Make an Arrest Without Reading Off Miranda Rights?

The answer, Indiana, is yes. The Miranda Rights aren’t used to protect you in any way from being detained and charged. It is simply an informative script warning you of what your rights are at that moment, because when you are being arrested, you don’t continue to have all the normal rights of a person not in question. Police only need a little thing called, “probable cause” to detain a person. Basically just a good-enough reason mixed with events and facts that leads cops to believe the person has committed an offense. The only time Miranda Rights are required to be read, is before interrogation sessions.

How to Get Out of Jail in Indiana 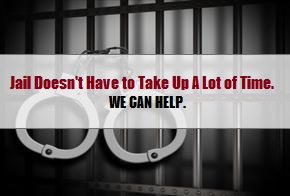