Are All Bail Bonds the Same? 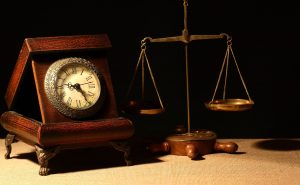 For anyone who wishes to get a friend or loved one out of jail following an arrest, a bail bond is the common “go-to” amenity used to achieve this safely and efficiently. Although bail bonds are well-known and commonly used to get people out of jail, many people may be unaware that there is more than just one kind of bail bond offered at a bail agency. Continue reading to learn some thought-provoking facts regarding the different types of bonds and how they are used in the bail industry.

A surety bond is the most common type of bail bond used to obtain a release from jail in the United States. It is more commonly referred to as a bail bond. The standard bail bond method involves hiring a licensed bail bondsman to enable a persons’ release from jail. Bail bondsmen are the more popular choice for anyone looking to bail a person out of jail because of the ease and affordability. Most people could never afford the pay the entire bond amount to the courts to get out of jail. A bail agency will only charge 10-15% of the bond amount (which is usually in the mid-high thousands) for their services. They parties involved with the bail process will be required to sign agreements, contracts, and other documents guaranteeing they will show up for their scheduled court hearing and not skip bond. If they do not appear for court, a warrant will be issued for their arrest, and the co-signer of the bond will be accountable to pay the remainder bond amount to the courts, or face legal penalties.

A cash bond is an unlikely choice for many U.S. citizens who are arrested and detained on minor charges. The reason for this is that a cash bond requires a person to pay the courts the full bond amount, usually between $2,000 and $10,000, but upwards of $20,000 to $30,000 or more, depending on the charges and criminal history of the defendant. In many cases, people do not have this type of cash on hand, and if they did, could not afford to hand it over to the courts until their court date. Although it is expensive to use a cash bond, it is refundable so long as the person follows the courts rules and appears for all scheduled hearings.

A property bond is typically used in major criminal cases that involve serious charges and high bond amounts. If a person is arrested on such charges, in order to obtain a release from jail, rather than wait in a jail cell for weeks until their court date, they can use a property bond. To use a property bond, a person must forgo their most expensive assets (i.e. houses, property, vehicles, stocks, etc.) to the court in exchange for their release from jail. After they show for their court dates and follow all instructions handed down by the judge, they will receive their properties back in their name.

There are several other types of bail bonds used in the industry as well. Stay tuned for next weeks blog to dive into some more bail bond definitions! In the mean time, call a licensed Indianapolis bail bonds for all your questions about bail, bonds, and more!