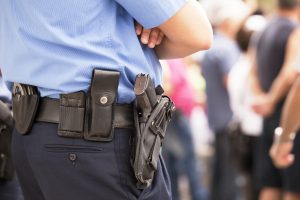 In last week’s article, we discussed how Philadelphia law enforcement officials and prosecutors are giving up on felons and wanted fugitives that flee to neighboring states to avoid being charged. It was pointed out that these same law enforcement officials and prosecutors are even rejecting their own state’s fugitives that are arrested and other states when they are called to expedite them.

Wanted felons that skip bond and abscond to nearby states are running free and able to evade criminal charges simply because police are not interested in paying the costs, obtaining governor signatures, and going through all the other necessary steps to take back to pick up a fugitive from their own state.This is called expediting a fugitive. To many, this is an outrage; wanted felons with suspicion of rape, assault, theft, and even murder, are walking free right next-door to the Pennsylvanian borders.

Leave It to a Bail Bondsman

Allowing wanted offenders and fugitives to skip their court dates and dodge charges for the crimes they committed is not justice and is not safe for the public. Excuses of costs, fees, and extra work should never be used as a reason to let unsafe individuals or criminals walk free. This is why bail bondsmen and bail bond agencies are so valuable and important to our society. Bail bondsmen run their business like this: if a person is arrested, a loved one or the arrestee contact a bail bond agency requesting bail.

A bail bond agency charges a percentage of a person’s total bond amount as a nonrefundable fee for their services. They do this to protect themselves and to ensure and encourage individuals on bail to return to their scheduled court date and face their charges as the law says they should. If a person skips bond, such as these fugitives in Pennsylvania, a bail bondsmen is required to pay their entire bond amount which can be a few hundred dollars or thousands of dollars. Bail bondsmen and bail bond companies do not want forfeit the bond so they fervently seek out and bring back people who skip bond or try to escape the state and run free.

Bail bondsmen are doing the right thing by rightfully and legally pursuing these criminals or wanted individuals and returning them to the courtrooms where they belong. Not only does this allow the justice system to do their job, it allows the public to be safe once again. Not many people understand the significance of the bail bond system; however, this is a perfect example. Bail bondsmen will leave their own state, and fetch fugitives that try and invade criminal charges by moving away. To them, it is all part of the job that they love doing; which includes protecting the public and helping people that wish to be released from jail on a bail bond.

This practice of leaving the state and bringing back onto fugitives to the proper city in which they face criminal charges does not cost taxpayers a single cent. Nor do law officials have to pay any associated costs for bail bondsmen to do this. Bail bond agencies play a very important role in our local communities. They are not just a company you call when you are arrested and want to get out jail; they offer a variety of other resources, services, and help. And as you can see, they are also willing and eager to do the work that those Philadelphia law enforcement officials and prosecutors are not willing to do at this moment in time.

If you are loved one require bail bond services in Indianapolis, Indiana, contact Woods Bail Bonds at 317-876-9600 right away. Not only can we provide speedy and friendly release from jail in Indiana, we are bail bondsmen seriously and ensures that the public remains. Somebody skips bond, no matter where they are, we will go after them. Owner, James Woods, and his team of highly dedicated and experienced bail bondsmen are happening into your questions about bail bond services or how to get out of jail and Indianapolis. Speak with a professional bail bond agent
in Indiana today.
This entry was posted in Criminal Extradition and tagged bail bond services, bail services Indiana, get out of jail and Indianapolis, Indianapolis, Skipping bond, wanted felons, Wanted fugitives. Bookmark the permalink.