Do You Need a Bail Bond in Wayne County, Indiana? 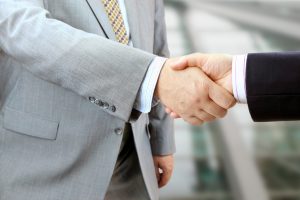 When a friend or loved one is arrested in Wayne County, Indiana, you need a fast and reliable bail bondsman. This is the same for individuals with arrest warrants, and who need to turn themselves into authorities. No matter what the case, a Richmond bail bondsman can be a huge help when looking for a quick and secure release from jail in Wayne County. There is never a need to worry when someone you care about is arrested and detained. A reputable and experienced bail bondsman can offer you service you can count on.

The first thing you need to do when a friend or loved one is arrested, is to contact the proper county jail and gather as much information as you can surrounding the arrest and related charges. If you do not know which jail the defendant is being held at, simply ask your bail bondsman for help. They have the available resources to locate this information for you free of charge; however, having the information upfront can expedite the bail bond process a bit more.

Once you have all the information available to you, call a local bail bond agent. They can give you jail and price information over the phone, and then instruct a time to come in and start the bail process. If your friend was arrested under the influence of drugs or alcohol, there is a mandatory 8-hour set-back in the bail bond process. Defendants must be sober before they can be booked and processed in jail. The state decrees that eight hours is sufficient time to achieve sobriety. Once the eight hours has passed since the time of a defendant’s arrest, you can continue the bail bond process. No one can be eligible for bail unless they are booked and processed in jail. This means fingerprints, mug shots, data entry, questioning, and more. When this is done, a hired bail bondsman can begin the bail process.

You will need to sign an agreement, and pay a non-refundable fee for professional bail services. The fee is state-regulated as a set percentage of a person’s bond amount. The going-rate is between 10-15% of the bond. Never believe a bail bondsman if they claim they offer “cheaper” bail services. This is just not legally possible. What is possible is for bail bond agents to offer free amenities; such as jail pickup services, jail drop-off services, jail information, inmate searches, and more. Be sure your Wayne County bail bond service is licensed and experienced. 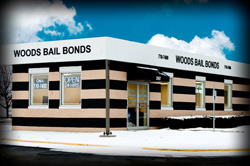