Everything You Need to Know About Bail Bondsmen 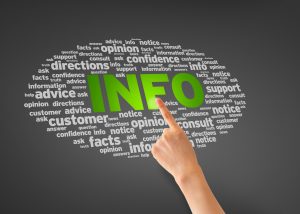 A bail bond agent, also known as a bail bondsman, is a company or individual that will act as the middle man, and pledge money or property to the court to assure a persons’ appearance at a hearing. It is difficult to define the role of a bail agent, because they have so many, and their job can be complicated. Their roles depend on state laws, court regulations, and jail efficiency. Although difficult to define, a bail agents’ title is easy to understand when you look further into it. Continue reading to learn more about bail bondsmen and what they can do for you.

Brief History of the “Bail Bondsman”

Bounty hunting, a huge part of bail agencies operations, is illegal almost everywhere in the world, except the United States. So the practice of bail bonds is most common here in the states. When the practice of a person paying a set percentage of a bail amount to obtain the release of someone from jail, it was in San Francisco in the late 1800’s. A lot has changed for the bail bond industry since then.

Bail bond companies have to have a set agreement with local courts, promising that they will pay the full bond amount for any person that doesn’t appear for their hearing. The bond agent charges 10% of the full bond amount to the person they are bailing out of jail. Sometimes it is a family member or friend that pays this for the defendant.

If the bail amount is $5,000, the bail company charges $500 to post their bond. If that person fails to appear for court, the bond agency owes the courts the full $5,000. However, the bail companies rarely pay this because they send bounty hunters to bring in the fugitive. Also, most bail companies have an arrangement with an insurance company, so that they will put up the money for them in such a case. This is because some bail amounts are as high as $500,000 dollars or more.

Bail agents will collect as much information about a defendant and their laypersons before agreeing take on their bond. They need to know fixed information, such as names, addresses, phone numbers, place of employment, the jail they are in, and their charges. Along with this, however, they will need very important documents read and signed. For example, the Bail Indemnity Agreement, the Bail Bond Application Form, and some type of proof of purchase or receipt.