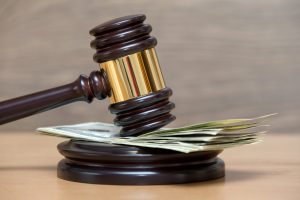 A bail hearing is a court trial that determines an offender’s bail eligibility. At this hearing, a judge decides whether or not to set bail for the offender, or keep them in custody until their trial or until they enter a plea deal. Many people are confused after an arrest, and worry about the proceedings that need to take place to secure a release from jail. If you are preparing to surrender to an arrest warrant, or have a loved one currently in custody, you can benefit from the information below.

Continue reading to find the most frequently asked questions about bail hearings and better understand what to expect.

When Does the Bail Hearing Take Place?

There are several factors that influence the amount of time a bail hearing will occur from the time of arrest. These factors include the complexity of the case, the severity of the crime, criminal history, enhancements (factors that increase the criminal charges or penalties), court traffic, and more. However, by law, an offender must be presented in front of a court within 24 hours of detainment. If at that time the bail cannot be addressed, the court will adjourn and reschedule. But the bail hearing must be rescheduled with 3 days from that time. More time may pass at the permission of the defense.

Is an Arraignment the Same as a Bail Hearing?

The initial hearing after your arrest, also sometimes referred to as an arraignment, your charges will be read and you will be given a choice of entering into a plea deal. At this same hearing, your bail will be determined. A judge will either grant you bail privileges, or deny them and detain you until your sentencing trial.

Do I Need a Lawyer for a Bail Hearing?

No one has to have a lawyer for a bail hearing, but it is strongly recommended. If you cannot afford a lawyer, you will be given the opportunity to have a public defender represent your case for free. It is best to hire private counsel directly after an arrest so that they can get started on your case right away. They can negotiate your terms of release and more. 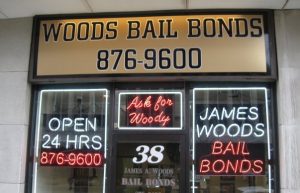 Call Woods Bail Bonds at 317-876-9600 to speak with a licensed agent about getting out of jail in Indianapolis, Indiana. Owner, James Woods, and our team of licensed bail bondsmen provide prompt and secure bail bond services for virtually all Indiana counties and cities.
This entry was posted in Bail Bonds, Jail and tagged 24 bail bonds Marion County, Arraignments, bail bond information, Bail Hearings, Indianapolis bail bonds. Bookmark the permalink.