Here is the Fastest Way to Get Out of Jail 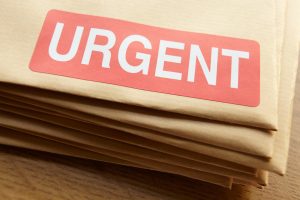 When a person is arrested and taken to jail, their only thought is to get out and get home as fast as possible. No one wants to be that person who’s waiting in jail with a group of offenders. No one is a stranger to making poor choices; and sometimes people make mistakes that land them in jail. This doesn’t mean they are bad and deserve to sit in jail longer than they need to, either. When someone is arrested and taken to jail, their only desire is to get out as fast as possible. The only way to achieve this for sure is to hire
an experienced bail bondsman.

Don’t Sit in Jail if You Don’t Have to

If a person doesn’t want to hire a bail bondsman to get them out of jail, they are at risk of staying incarcerated longer than they have to. Jails are constantly busy, and staff are not usually concerned about how long a person sits in a jail cell. They only care about doing their job thoroughly and correctly, no matter how long it takes. The degree to which a person is “guilty” makes no difference to them either. To jail staffers, all inmates are the same and will be treated as such. They will take their time processing and booking each individual inmate until their shift ends. To avoid being subjected to this type of treatment, and having to wait up to 24 hours for a release from jail, all you need to do is call a local bail bond company for help!

Bail bondsmen charge a non-refundable fee that is a set percentage of a person’s bond amount. The state mandates and regulates the amount of money, or percentage, a bail bond agent can charge for their services. In almost every state, this set percentage ranges from 10 to 15 percent. This means if someone’s bond amount was $2000, they would have to pay a bail bondsman a non-refundable deposit of anywhere from $200 to $300. Some agencies charge a 10% fee, while others charge a 15% fee. It all depends on the county and state, as well as, the individual bail bondsmen. Woods Bail Bonds offers 8% bail bonds in Indiana!

Choose your bail bondsmen wisely. An experienced and reputable bail bond agency can provide better services and faster releases from jail. This largely has to do with the personal connections they have with the local county jails and courthouses. When a bail bond company has an established and good-standing relationship with local jails and court houses, it gives them an advantage in terms of getting you out of jail faster.