How Long Does the Bail Bond Process Take? 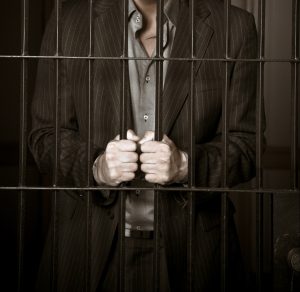 No one in their right mind looks forward to going to jail after they’ve been arrested. It is just a very unlikely scenario that someone actually wants to go to jail. An arrest can happen to the best of us, so being detained in jail does not make anyone a bad person. It is simply one of life’s teachable moments. Because jail is such an undesirable place to be, many ask how long it takes to get out with a bail bond. The answer to this question varies, so it is important for you to know what to expect after being arrested. If you have a warrant issued for your arrest, you have the advantage of preparing for a short stint in jail and learning what will happen before you turn yourself in.

Continue reading to learn what happens when you go to jail, and how long it generally takes to be released with a bail bond.

Getting Out of Jail with a Bail Bond

Once a person arrives at the county jail, the arresting officer signs them in. Then they are escorted to the jail’s booking and processing center, where they are held in a jail cell; much like the ones you see on television. If a person is intoxicated on drugs or alcohol, they must wait for at least 8 hours to achieve sobriety before being eligible for booking. Once a person is sober, or they are arrested sober, the booking process can begin. This is the process of collecting inmate’s information, like fingerprints, mugshot, background information, medical history, and more. Once an inmate is entered in the jail’s database, they can begin the release process. This is their opportunity to make a phone call, either to a loved one or a local Hamilton County bail bondsman.

A person can have a loved one sign for a bail bond to get them out of jail, or nowadays, they can sign for their own bail bond, depending on the agency and the services they offer. Many bail bondsmen offer free jail pickup and drop-off services for anyone who wants to bail themselves out of jail. If the jail is busy, and traffic is high, it will take longer for the staff to get to all the inmates for booking. This is another variable that comes into play as far as jail wait times. For those turning themselves in for a warrant, they might be released from jail in as little as two or three hours, depending on the amount of jail traffic.

Call Woods Bail Bonds at 317-876-9600 for more information about getting out of jail in Hamilton County, Indiana. Owner, James Woods, offers 24 hour bail bonds that are fast and friendly!