How To Do An Inmate Search In Indiana 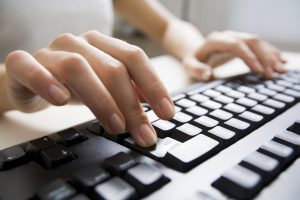 Sometimes, when a person is arrested, it can be a mystery to their friends and family as to which jail they were taken to. Friends and family might know the state in which the arrestee is being detained, but might not have an idea which city or county. This is especially true for arrests that take place on vacation, out-of-state, or far from home.

When this happens, a person will need to perform multiple inmate searches for the surrounding counties in the city their friend or loved one was arrested in. These can be done online through several different search portals and sites; however, they are not typically free and each search is a separate cost. Fortunately, there is an easier and cheaper method to inmate look-ups. Continue reading to learn how.

The best way to perform a secure and reliable inmate search is to contact a licensed and experienced Indianapolis bail bondsman that provides bail bond services throughout the entire state. They will have the resources available to quickly look up a person in multiple jail databases in several cities, counties, and towns across the state. Some bail bond agencies charge a fee for inmate look up services, while others provide them complementary. In most cases, a bail bondsman will provide free inmate searches if they are the company providing the bail bond. Also, accomplished and reputable bail bondsmen will usually offer a wide range of customer conveniences, like free inmate searches.

A bail bond agency that can provide bail bond services throughout an entire state is certainly a reputable and experienced company. With so many locations, they are well-versed and proficient in indemnity law and service. With a simple phone call, they can facilitate an online database search to locate the arrestee and the county jail they are being held at. From there, they should also be able to offer guidance, advice, bail bonds, jail pickup, and jail drop-off service.