Meet the Team at Woods Bail Bonds in Indianapolis, Indiana

Woods Bail Bonds has been around for several decades, providing fast and friendly bail services for people all over the state of Indiana. They offered their bail bond services in a variety of counties outside of Indianapolis; including Monticello, Terre Haute, Fort Wayne, Muncie, Danville, Gary, Tipton, Lafayette, Anderson, Peru, and much more. As a family-owned and operated business, the team at Woods Bail Bonds share one common attribute; their passion to help people in need.

When a person is arrested in Indiana, Woods Bail Bonds is there to grant them a secure and speedy release from jail upon their request. One reason their company has become highly reputable and respected within the community is that their team remains motivated and eager to assist Hoosiers of all ages in need of help with arrest warrants, bail bonds, notary services, inmate searches, and more. Meet the team that makes all of this happen at Woods Bail Bonds in Indianapolis, Indiana. 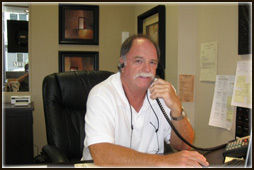 James Woods is the owner and President of Woods Bail Bonds in Indiana. He has more than three decades of experience in the indemnity and bail bonds industry. He is extensively well-versed and highly proficient when it comes to everything that has to do with bail bonds, bonds, local jails, and more. His daily routines include managing all standard operations of his bail bondsmen, as well as, providing secure and professional bail bond services and related legal assistance. He also manages bond approvals, court proceedings, complaints, transfer bonds, family advisories, and much more. James Woods has a sincere compassion for his clients and a genuine eagerness to help people in their time of need. His respected and accomplished status within the community of Hamilton County, Indiana speaks for itself. It comes from his experience and reliable services that always stand out and go far above those of his competitors. Call James Woods at 317-876-9600 anytime, day or night, for the best bail bond services in Indianapolis. 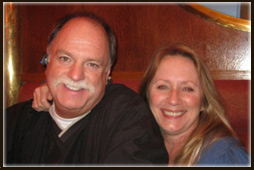 Teresa Woods, office manager of Woods Bail Bonds, is wife to owner James Woods. She is a fully licensed and highly skilled bail bond agent with more than 15 years of experience in the industry. Teresa is extensively proficient and knowledgeable when it comes to everything bail bonds. Her primary duties include handling the day-to-day dealings; including in-house credit, cash, and collateral transactions. She also manages credit reports, collections, exoneration, and more. Teresa is certainly the glue that holds everything together within the office. She does her job so well because she too has a genuine passion for the industry and wishes nothing more than to help people, just like the rest of the Woods Bail Bonds team.

Nicholas Woods is the operating and active Vice President of Woods Bail Bonds in Indianapolis, Indiana. You maybe be seeing a trend here with the last name; but as mentioned before, it is a family-owned and operated business. This is one of the key reasons why they are great bail bondsmen. They all as a family share the same passion and motivation to provide excellent bail bond services and assist people and families in need of help. VP Nick Woods has more than five years of experience in the bail bonds and indemnity industry.

Nicholas has a list of complex duties that allows the company to run like a well-oiled machine. Outside of a wider perspective, his daily duties include tasks such as processing data, managing collections, creating bail agent reports, gathering information on bail bond forfeitures, and more. For more than five years, Nick has also been a fully licensed bail agent whose contributions have colossally influenced their company’s success and accomplishments. You may call Nick Woods at 317-876-9600 for more information about bail bond services in Indianapolis, Indiana anytime.