The Top 4 Crimes That Will Not Allow Bail

The 8th Amendment of the United States Constitution guarantees defendants the right to not be subjected to excessive bail. However, there are exceptions to every rule, and in extreme cases, a defendant’s right to bail is denied altogether. This generally happens when a crime is severe. There are various types of crimes that will influence a judge or police station to dismiss bail rights, but the top four that take the list are of the most extreme.

Continue reading to learn which crimes will not allow a defendant to post bail. 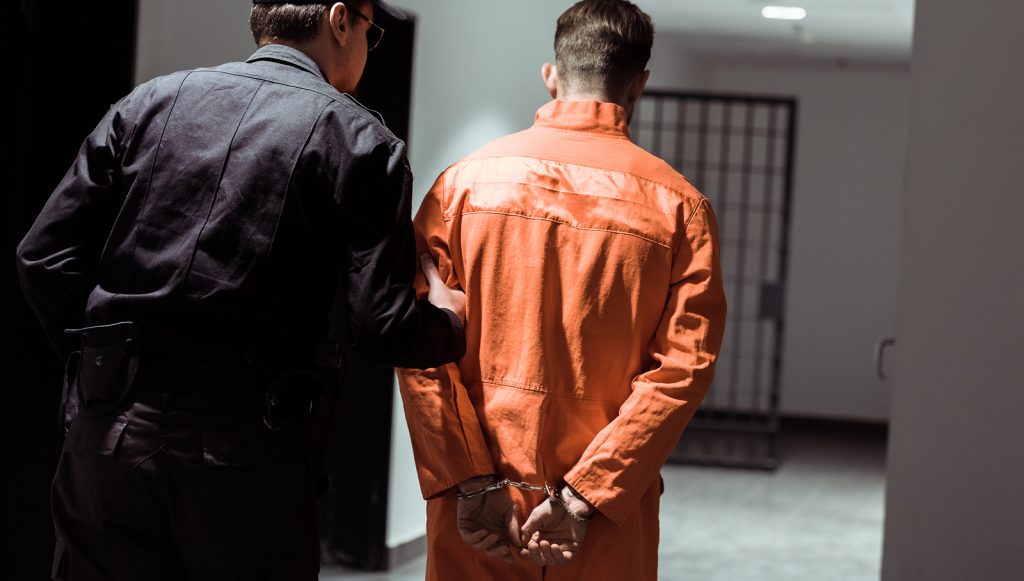 When a person is arrested on criminal charges, they will face a variety of possible convictions and penalties. Depending on the severity of the crime, charges can be simple infractions, misdemeanors, or felony offenses. Once charged with a particular level of offense, a judge will decide how much to set bail for the defendant, if at all. ‘

Although bail is a fundamental U.S. citizen right, in extreme cases, a judge will decide that a defendant is not eligible for bail. When making this consideration, a judge takes into account several factors, primarily whether or not the defendant’s release will compromise the safety of the community.

Capitol felony offenses are the most common types of charges that deny bail privileges to a defendant. These include crimes that are dangerous and harmful to others. Sentencing and bail considerations vary from state to state, but in virtually all states, these 4 crimes will not permit a defendant to a release from custody:

Indiana Code Section 35-43-1-1 defines a perpetrator of arson as, “An individual (by means of fire, explosive, or destructive device) knowingly or intentionally damages property.” Arson is a Level 4 Felony in most cases, but can sometimes fall into higher level felonies if bodily injury occurs. Arson is a Level 6 Felony or there was an attempt to defraud. Depending on the actual circumstances of the crime, arson can be punishable by up to 30 years in prison and $10,000 in fines.

According to Indiana Code Title 35, Article 42, Chapter 4: Sex Crimes, rape is a Level 3 felony, unless aggravating factors exist. “Aggravating factors” mostly means that the rape involved date rape drugs, or the use of deadly force or weapon that caused serious bodily injury. In the case of aggravated rape, the defendant would be charged with a Level 1 felony. Depending on the actual circumstances of the crime, rape can be punishable by up to 40 years in prison and $10,000 in fines.

In Indiana, any convicted of a murder charge will face automatic sentencing, which generally falls between 45 and 65 years in prison. In the case of murder with aggravating circumstances, one can expect the death sentence or life in prison without the possibility of parole.

Indiana Code 35-42-3-2 describes the crime of kidnapping as, “A person who knowingly or intentionally removes another person, by fraud, enticement, force, or threat of force, from one place to another commits kidnapping.” Kidnapping is a Level 6 felony unless certain factors are present, such as using a vehicle or plane to commit the crime, if the victim is less than 14 years old and not the child of the kidnapper, the crime results in bodily injury to another person other than the victim, if a deadly weapon or force was used to commit the crime, if ransom was requested, and more.

Call Woods Bail Bonds at 317-876-9600 for safe and secure Indianapolis bail bonds you can trust. We also offer prearranged bail bond services for those needing to surrender to an arrest warrant. In some cases, we can get you turned in and released in as little as one hour. And don’t forget that right now, we are offering 8% bail bonds! Request a free estimate or jail information, anytime.
This entry was posted in Bail Bonds, Jail and tagged bail bonds Indiana, Indiana bail bond rape, Indiana bail bonds, Kidnapping bail bond, murder bail bonds. Bookmark the permalink.