What is Fugitive Extradition? Can it Happen to Me?

When a person commits a crime they should be arrested for the crime and determined innocent or guilty in a court of law. Once a person is booked in jail, they can be bonded or bailed out to await their court date in the comfort of their own home. They are then expected to return on their own recognizance and face their criminal charges as they agreed to prior to being released. This person decides to leave the state, which is against the rules of the court, they are considered a violator; but if this person takes it a step further and decides to not return, they are then considered a fugitive.

So what does the local law enforcement and prosecutors do when one of their suspected criminals flees and moves out of state to evade jail time or criminal charges? In many in most cases, they would implement extradition process. Continue reading to learn more about what it means to extradite fugitive from another state.

Extraditing a fugitive is the process in which one state surrenders a person that is wanted in a bordering state; in return, that state accepts or receives this said fugitive through a series of steps and procedures. Extradition prevents fugitives from fleeing all over the country and avoiding trial. It protects the safety of the public, and supports justice for all. Fugitives and wanted felons that have left their state to escape criminal charges are wrongfully evading trial. They should be held accountable for their crimes and penalized so that their victims are given justice as well.

When local law enforcement or prosecutors have to extradite a fugitive from a bordering state, there is a series of steps they have to complete. For example, they have to obtain the signatures of both states’ governors, complete a link the amount of paperwork, and pay certain costs and fees. The unfortunate part of these requirements is that a few states within the nation are neglecting these responsibilities and allowing fugitives to get away. They don’t wish to pay these extra costs and complete all of the tedious work that goes along with the extradition process. This this behavior is just as morally wrong as the fugitives that have already fled and ran away.

The Supreme Court may refuse to extradite a fugitive if:

Skipping bond, especially if you used a bill bondsman to get out of jail, is irresponsible and sometimes dangerous. Not only can this negligence put you back in jail, it can leave a permanent mark on your criminal record. A bail bond agency is forced to forfeit the money they put out for the entire bond amount to obtain a person’s release from jail; if this person skips bond, the bill bondsman will go after them and bring them back to face their charges in a court of law. This way, they get their money back and justice is served. The best part about bail bondsmen and fugitive extradition is that there are no fees to pay and taxpayers are not charged a penny. 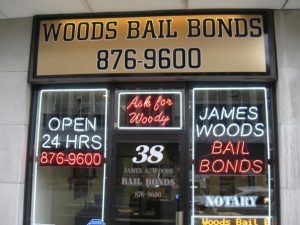 Call Woods Bail Bonds at 317-876-9600 for more information about extraditing the fugitive in Indiana and its surrounding states. Owner, James Woods, and his team of highly trained and experienced bail bond agents are friendly and eager to help you obtain a release from jail in Indianapolis; however, they expect all of their clients to responsibly appear for all of their scheduled court hearings in order to avoid becoming a fugitive themselves. If you want to learn more about the extradition process, contact Woods Bail Bonds at 317-876-9600 for reliable information.
This entry was posted in Criminal Extradition and tagged bail bond company indianapolis, criminal extradition in Indiana, extradite fugitives, extradited Indiana, The Extradition Process. Bookmark the permalink.