What is the Difference Between a Detention Hearing and Bail Hearing? 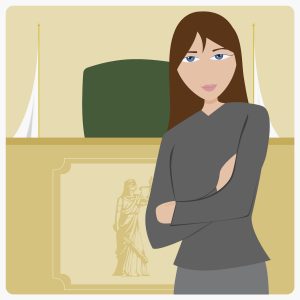 When it comes to the criminal justice system, it is easy to get confused. From various ordinances and procedures, to confusing legal jargon, paperwork, deadlines, and more, understanding your steps in the criminal justice process can feel quite overwhelming. Some of the most common misunderstandings occur as a result of these circumstances. For instance, many defendants are not sure what the difference is between a bail hearing and a detention hearing. This is a fundamental aspect of the criminal justice system, and one you should be familiar with. Fortunately, the differences between the two types of trials are simply to understand.

Continue reading to learn what a bail hearing and detention hearing is, and how they differ from one another.

Bail hearings are at a state level. After a defendant is arrested for a misdemeanor crime, they are given a bail hearing in which a judge, the defendant, and the defendant’s attorney attend. At this hearing, the presiding judge will review several factors of the defendant’s case, including their criminal history, and then decide whether or not to release them on bail, or hold them in jail during the duration of their trial. Factors considered at bail hearings include a defendant’s current and past criminal record, the severity of their crime, and various enhancements involved in the arrest, such as school zones, minors, weapons, and more.

If the court believes the defendant will not likely show up for their scheduled trial dates, they will choose to keep them detained. If bail is granted, an amount if also set. These are usually according to a preset bail schedule, and vary among jurisdictions. They also depend on factors like the severity of crime, criminal history, income, and more.

A detention hearing is very similar to a bail hearing, which is another reason why so many people get the two confused. But detention hearings are on a federal level, rather than a state one. When a person commits a federal crime, they are given a detention hearing to determine whether or not to detain them during the duration of their trial. During a detention hearing, the defendant can have their attorney present with them. It is in the hands of the prosecution to bring a motion to initiate a detention hearing since they are generally reserved for certain kinds of cases. These cases include violent crimes, crimes that carry a maximum penalty of life in prison, terrorism, and more.

Who to Call for Fast Bail Bonds in Indianapolis