What to Expect in Jail after Being Arrested in Indiana 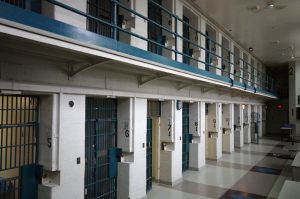 After being arrested in Indiana, a person is transported to the nearest county jail or holding center. Here is where they await bail or their scheduled court date; whichever comes first. Many people question what it’s like to be arrested and taken to jail in Indiana. The truth is that jail is not a fun, interesting, or popular place to be, ever. This is why no one ever wants to go back once they are released.

Jail is not meant to be a “walk in the park”, and is operated in a way that doesn’t cater to any one person differently than another. There are no favorites, special requests, favors, or rule bending in jail. The state runs a jail in a way that thwarts people from wanting to return under any circumstances. Continue reading to learn what it is like inside a typical Indiana jail, and who to call to get bailed out safely and securely.

When a person is arrested and driven to the corresponding county jail, the first step is getting them processed. This means they are taken through a series of paper work, finger printing, mug shots, and more. This information gathering is an important part of a jail’s operation. It is vital that every inmate is entered into the jail’s system, and organized in a favorable fashion. This step will take place almost as soon as a person is taken into custody. The only exception is if a person is arrested under the influence of drugs or alcohol. In this case, they are kept in a holding cell until they are sober and coherent enough to begin the booking process; which us usually around 8 hours or more. The amount of time it takes to get an inmate booked also depends on the traffic of the jail and the amount of officers they have available. Even if a person is not arrested under the influence, they may still have to wait hours before being processed if the jail is busy. Once a person is booked and entered into the database, they are eligible for bail. This is why inmates are anxious to get this process done.

The holding cells are not pretty. They are usually small square rooms close to the size of a small storage unit. These holding cells generally have cement walls, floors, and benches. The door to the cell can be a door or a big gate with bars; depending on the jail house. These bars keep the inmates locked in while allowing on-duty officers to supervise them after they are booked.

Also inside the small holding cell is a metal toilet. There is usually no toilet paper because many times this commodity is abused; so inmates are usually required to ask for toilet paper if they need to use the restroom. Because there are no doors to the holding cell, there is no privacy for bathroom time. Inmates are left no choice but to do their business in front of the whole room, or wait until they are released on bail. The unfortunate part of this is that bail isn’t always a quick process, depending on the company.

Holding cells are known to be very cold. The colder temperature helps intoxicated people feel less influenced and sober up faster. It also thwarts inmates from misbehaving or displaying dangerous behavior. They do not have blankets or pillow at most jails. If a person is moved to general population because they cannot make bail, then these goods are provided. In a basic booking center, these holding cells are not meant to cater to long-term stays.

Rights and Personal Requests in Jail

A person being held in jail has almost no rights and will not have any requests satisfied until they are released. If a person has good behavior, a police station will allow then to request making a phone call. So long as the person is being respectful and following the rules, most officers will permit them to make as many calls as they need for bail. Bad behavior is never tolerated in jail and officers can remove a person’s phone privileges any time.

How to Get out of Jail in Indiana

The best way to secure a fast and reliable release from jail in Indiana is to call a reputable bail bond company in the corresponding county. The only time a person doesn’t need the services of a bail bondsman is if they can afford to put up the money to cover their entire bond amount. These amounts, depending on the crime, can range anywhere from a few thousand dollars to hundreds of thousands of dollars. A bail bondsman only charges a person a percentage of their bond amount, on the promise that they show up for all their scheduled court hearings.

It is highly advised to use a licensed and practiced bail bond company. Use a company that has good standing relationships with the local courthouses and judges; as well as, many years of experience within the industry. Most jails will recommend or give a list of potential bail bondsmen in the area. Don’t be afraid to call around and ask for recommendations from friends as well. A person in jail can either call a bail bondsman to bail themselves out of jail if they have access to funds; or they can use their phone calls to contact a friend or family member to hire a local bail bondsman for them. 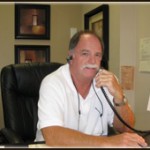 For more information about Indiana jail and bail bonds, call 317-876-9890 today. Woods Bail Bonds provides the fastest and safest releases from jail for all counties in Indianapolis, Indiana! James Woods is the owner and operator, retaining more than three decades of experience in the bail bonds industry. He and his team of highly trained and licensed bail bondsmen are happy to answer your questions about bail anytime! Their offices are open 24 hours a day and seven days a week! For information and resources regarding bail services and more in Indianapolis, IN and its surrounding counties, call Woods Bail Bonds right away.
This entry was posted in Bail Bonds and tagged bail bonds, holding cells, Indiana Jails, Indianapolis, Jail. Bookmark the permalink.