When Do You Need a Co-Signer for a Bail Bond? 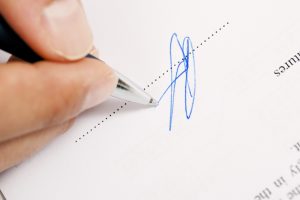 Getting arrested, or learning about an arrest warrant, is never a fun day for anyone. Fortunately, there is a professional service available for misdemeanor arrest defendants that can grant them a release from jail. This service is called bail bonds. When a person is arrested, they are taken into jail and then processed into the system. Being processed is also referred to as being “booked”, and consists of fingerprinting, frisking, data entry, mug shot, and more.

Once this process is complete, a person has the opportunity to pay their assigned bond amount for a temporary release from jail. Once released from jail, they have to stay out of trouble while awaiting their subsequent trial date. At this scheduled hearing, a defendant will learn whether or not they are sentenced to more jail time, or given alternative penalties for their crime.

How to Get Out of Jail with a Bail Bond

When it comes to paying the bond amount, many people cannot afford to put up that much money, even though they get it back when they show up for their court hearing. This is because bond amounts, even for the simplest misdemeanor, can be in the thousand-dollar range. Not many people or families have this kind of cash availability. This is when an Indianapolis Bail Bondsman comes in handy. They are a licensed company that can pay a person’s entire bond amount, in exchange for a non-refundable fee and contractual agreement. This way, families do not have to hand over large amounts of money to the court for a release from jail. Instead, defendants or families can pay a smaller, more affordable fee to a bail bond company in exchange for their bond amount to be paid in full. If a person does not obtain a bail bond, or pay the entire bond amount, they are forced to wait in jail until their scheduled court date. These court dates can sometimes be scheduled months out, depending on the amount of traffic in the courts.

If a person wants to be bailed out of jail with the services of a bail bondsman, they do not need a co-signer; instead, they need an indemnitor. This is a person that is signing for the release of a defendant in jail, and who takes on the responsibility of the entire bond amount in the case that the defendant flees or skips their court hearing. The indemnitor must be at least 18 years of age, have decent credit history, be gainfully employed or have an income of some sort, and be able to provide the cash upfront for the bail bond services. They must also be able to provide a valid ID or drivers’ license. If a defendant is under the age of 18, he or she cannot legally bail themselves out of jail, and will need a co-signer. For anyone who wishes to bail themselves out of jail, they will have to provide collateral or credit in case they skip or miss their court hearing; otherwise, the bail bond agent will not receive their money back for the bond. 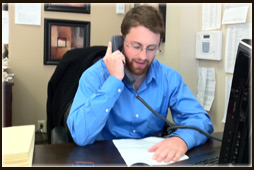