Who Should I Call for Bail? 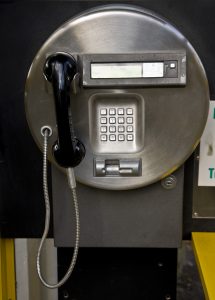 Being arrested is not on anyone’s to-do list. It is a tumultuous and stressful experience that leaves you feeling shameful, nervous, and embarrassed. It is not something that people want other people talking about because no one wants to feel judged for being human and making a mistake.

In a situation in which a person is arrested, it can be frightening calling for help, but it is important to know that pushing that fear aside and asking for help can open more doors than close them.

Below you will find a few helpful examples of trustworthy people that are the most likely to support a person in need of bail.

Although they seem like the last people someone would want to know about their arrest, the parents are more likely than not to bail their son or daughter from jail. It is common for parents to use threats and scare tactics to prevent their children from making these kinds of mistakes, but when it comes down to it, most moms and dads have a natural paternal instinct to stand behind their kids and be there for them in their time of need. If a person has a relationship with their parents, it is recommended to just rise above the fear and confide in them, because no matter what, they love you. If the parents are just not an option, read on for more people that are just as trustworthy.

Friends are great to turn to when a person has just been arrested and needs bailed from jail. Friends are confidants that have been around through thick and thin. A person can figure out which friend to call by determining who they feel the most comfortable with. It is wise to choose someone that is discreet and respects privacy.

Keeping in mind an Aunt, Uncle, or Grandparent can be a good idea after an arrest. Some people have closer bonds with members of their extended family, rather than their parents and friends. A close Aunt or understanding Grandparent can be an excellent source of support for someone seeking a person to facilitate a release from jail for them.

The most frequently called person to facilitate a release from jail is a bail bondsman. Directly calling a bail bond agency allows a person to avoid the need of exposing themselves to family and friends after an arrest. A bail bondsman can work with the arrested over the phone to complete the bail process. They are the most reliable resource to get bailed out of jail because they ALWAYS pick up the phone when you call!